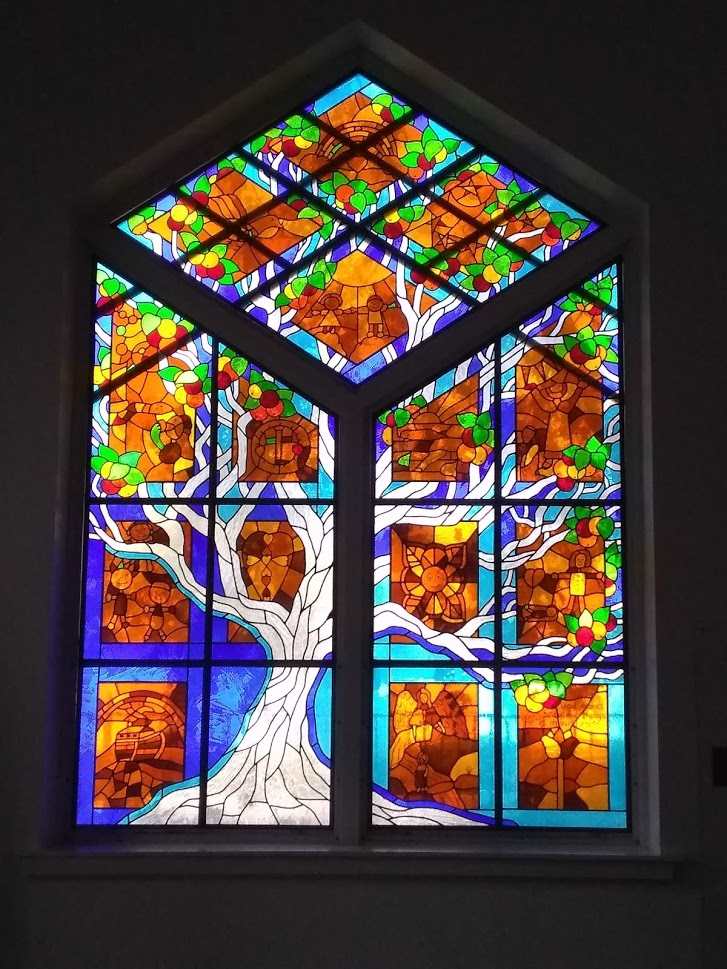 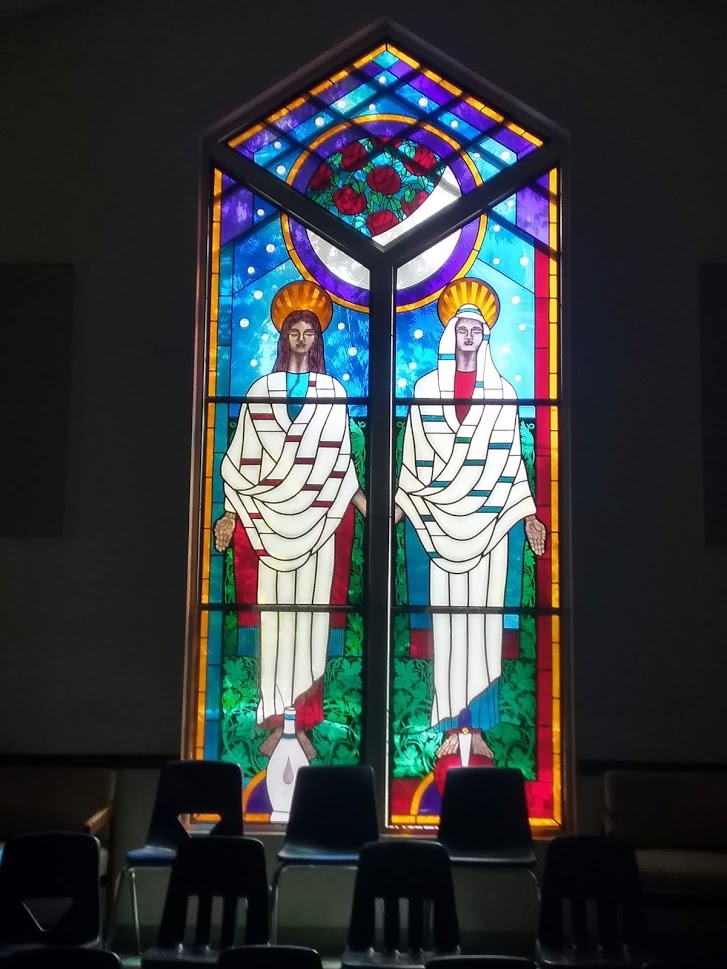 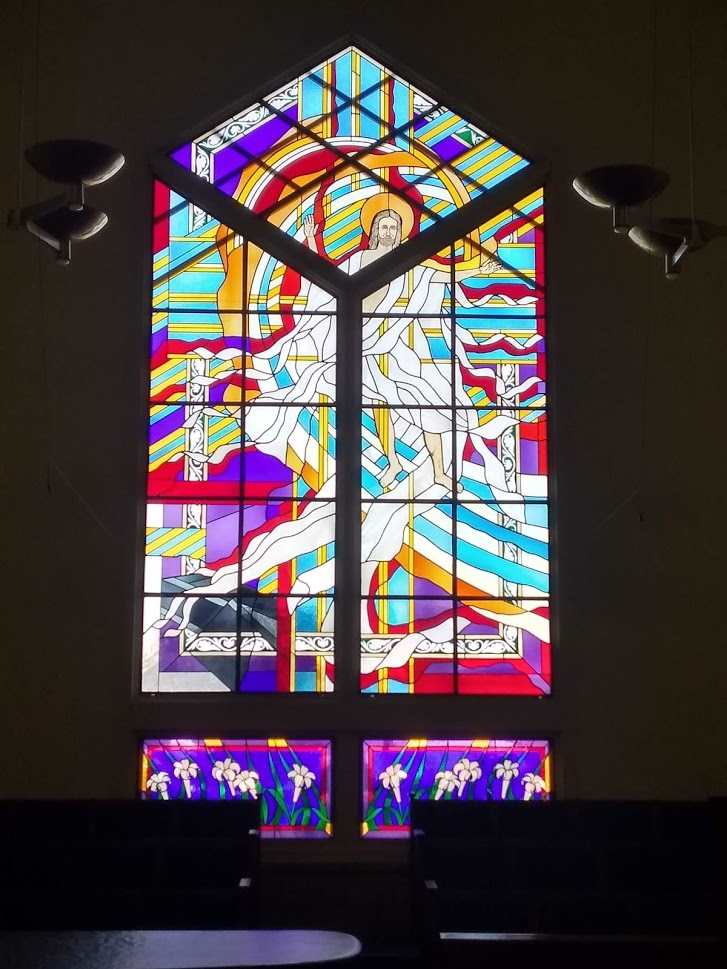 EAST ROSE WINDOW
This window, above the altar, depicts images of the Holy Eucharist.  In the design are chalices and wafers blended together to create a beautiful and serene atmosphere.  This window was given in thanksgiving by William and Faye Cory.

WEST ROSE WINDOW
This window is referred to as the baptism window.  It reflects its light on the baptismal font and it depicts the Holy Spirit descending at baptism.  This window was given in memory of Bill and Marion Dunn.

VISION OF MARY
These three windows, over the altar in the small chapel, are to be seen as one piece.  The angel Gabriel can be seen coming to Mary.  Only Mary’s hands and halo can be seen.  On one side is her vision of the birth of Jesus and on the other side is her vision of Jesus’ death.  These windows were given in memory of Frances n. Kahn by Gladys Jukich.

MARY AND MARTHA
The two small windows on the north and south sides of the altar depict all women, especially Mary and Martha, Jesus’ friends. The north window depicts service and the south window depicts prayer.  The “service” window was given in thanksgiving for Alice Rankin Howard by her son, Robert.  The “prayer” window was given by Colin and Leoni Radford and family in appreciation for St. John’s Church.

THE CHILDREN’S WINDOW
This large window in the narthex was designed with the help of the children of St. John’s.  Many children participated by submitting ideas for this window.  This window has not yet been offered as a memorial or commemoration.

RESURRECTION
This window, behind the choir, depicts the resurrection of Christ.  Much symbolism is in this piece including the darkness of the tomb and the cosmic nature of Christ’s resurrection.  Under the main window are smaller windows of lilies, another symbol of the resurrection.  This window was given by Frank and Flora Small in memory of Johnny Jennings and Ruth Small.