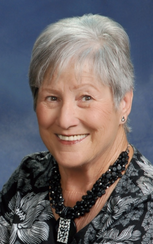 
Lynn is a retired Support Services Manager for Helix Water District, La Mesa.
She and her late husband Mitch were married at St. John’s in 1964, with Father Hart officiating.  In retirement, Lynn and Mitch moved to Idaho and attended St. Michael’s Episcopal Cathedral in Boise. After Mitch passed away, Lynn returned to Chula Vista and to St. John’s. Lynn has two children, four grandchildren and two great-granddaughters.  In addition to her service on the Vestry, Lynn enjoys being a member of Daughters of the King and  serving on the Flower Guild. 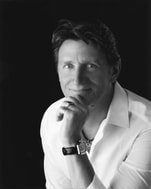 ​Tom Brzeczek is a Customer Applications Engineer with a division of Siemens supporting an engineering analysis software tool for the last 13+ years.  His husband, Mark Higginbotham, brought Tom back with him to St. John’s in 2018, when Fr. Tom started as interim priest in charge, and Tom immediately felt part of the church family.  He has 3 adult children, 2 beautiful granddaughters and 2 “furry-kids” keeping him busy.  Tom is a reader, member of the choir,
The Men of St. John’s, took on Mark's remaining term on the vestry and is now the Junior Warden. 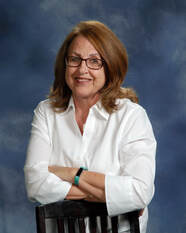 
​Jane Ferguson is a retired music teacher who served for 25 years in the San Diego Unified School District. She has been a member of St. John’s since her father, the Rev. Gerald Graves, was called to serve here as rector from 1970-1987. She has served as a teacher in St. John’s former school, choir director, and currently choir member and soloist. She was also Calling Committee Chair in our latest effort to bring our new rector, Rev. Roger, to St. John’s.
​Her greatest love is spending time with her four children and six grandchildren.
Bill Cheney
Treasurer 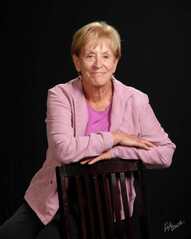 
​Diane is a retired college (Southwestern) librarian and professor of research skills. She and Bill were members of St. John's from 1980 to 1983, went away for awhile, and came back in 2005. Besides Vestry, Diane is active in the Women of St. John's and is a lector at Sunday services.


​David Dennehy recently completed his term as Senior Warden. David is one-half of the awesome team of "David and Linda Dennehy".  They are always on hand to help with whatever is needed, and St. John's is blessed to have them in the congregation. David and Linda were married by Fr. Jerry Graves on April 1, 1977. Their three sons were baptized here. David and Linda drifted away from St. John's but returned when Fr. George Keith became Rector. ​ 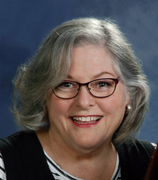 Pamela Brittain is a high school English teacher at Southwest High School.  She began attending Saint John’s eight years ago when her daughter began confirmation preparation.  A multi-generation life-long Episcopalian, Pamela attended Christ Church Coronado in 1990s and served on the Vestry there.  In addition to serving on the vestry at St. John’s, Pamela sings in the choir and serves at a lector.  Pamela is an associate artist at Lambs Players Theatre and Write Out Loud and can be seen performing in venues around San Diego. 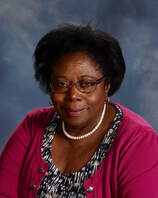 
Alice retired from County of San Diego as a  Supervisor Child Support Officer for 20 years and 8 years in the Health and Human Service  Agency. She was born and educated  in Uganda and in Holland where she met her husband Kellogg. They were married February 21st 1975 in Celaya Guanajuato. They have 2 children and 1 grandchild.  Before moving to Chula Vista, they in lived in Mexico and the 15 years lived there, Alice worked as Agricultural Engineer supervising Rural Agricultural Bank credits. In December 1989 they moved to Chula Vista and the family joined Saint John’s Episcopal Church Palm Sunday 1990 and the kids attended and graduated from Saint John’s School. Alice joined and has been a choir member since then. 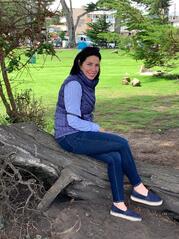