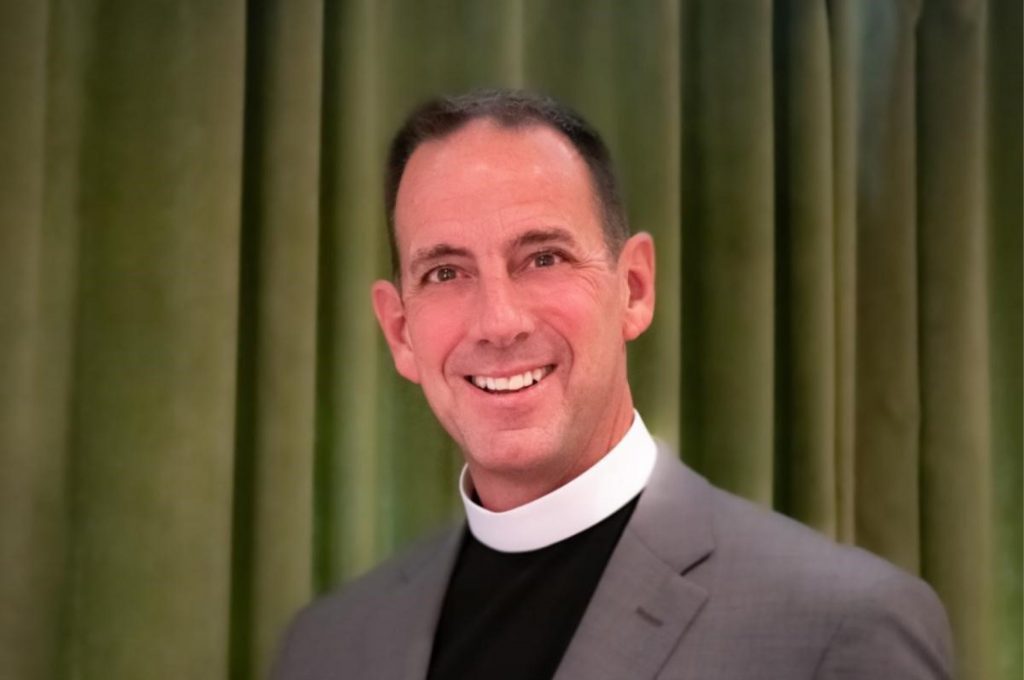 Reverend Roger Haenke
The Reverend Roger Haenke was born in Hastings, Minnesota and was raised in Rugby, North Dakota.  After completing a BA in Business Administration with a concentration in Health Care, he attended St. Paul Seminary School of Divinity at the University of St. Thomas in St. Paul, Minnesota.  Rev. Roger was ordained a Roman Catholic priest on June 1, 1991. Over several years, he served churches in Jamestown, Grand Forks, Fargo, and New Rockford, North Dakota.

After much discernment, Rev. Roger decided to leave active ministry as a priest of the Roman Catholic Church. He attended the University of Minnesota in Minneapolis, MN where he completed a B.S. in Nursing.  Rev. Roger worked as a pediatric nurse, then as an administrator for the Pediatric Specialty Clinics at the University of Minnesota Medical Center and then similarly at Seattle Children's in Bellevue, WA.  While in Seattle, Rev. Roger was an active member at St. Mark's Cathedral, where he was received into The Episcopal Church.
Rev. Roger moved to San Diego in July of 2008, where he has held nursing director positions for Sharp Healthcare, St. Paul's Senior Services and as a clinic director for Family Health Centers of San Diego.  Rev. Roger currently teaches nursing at San Diego State University, and will continue doing so in a part-time capacity.

In San Diego, Rev. Roger's transition to the Episcopal Church was strengthened by his active ministry in St. Paul's Cathedral.  After several years of discernment and preparation, Rev. Roger was received as an Episcopal priest in the Episcopal Diocese of San Diego by Bishop James Mathes on May 26, 2017.  While preparing to be an Episcopal priest, Rev. Roger completed an eight-month pastoral field education assignment at St. John's, Chula Vista.  He served a summer internship with St. Andrew's, Encinitas, and then began a curacy with Holy Cross, Carlsbad in September, 2017.  He was named Interim Vicar of Holy Cross on February 1, 2019. Rev. Roger has recently been elected to the diocesan Executive Council.

As a priest, Rev. Roger has a passion for walking with others on their journey of faith.  It is an honor and a privilege to celebrate intimate moments of people's faith journeys; new birth through water and the Spirit, being fed and nourished at the table with the Body of Christ, healing through anointing and reconciliation and the journey to new life through death.  Rev. Roger is constantly in awe and celebrates with joy the action of the Divine in people's lives.
​
Rev. Roger feels honored to be called to lead St. John's, Chula Vista. He looks forward with joy to supporting all of St. John's as they develop and exercise their spiritual gifts, and to leading this special congregation in their growth and ministry as a faith community.
Rev. Roger is married to Cliff Berkowitz. They have made their home in the Talmadge neighborhood of San Diego, which they share with their two dogs, Sadie and Oliver.